BACK TO THE HIDDEN BOOTY 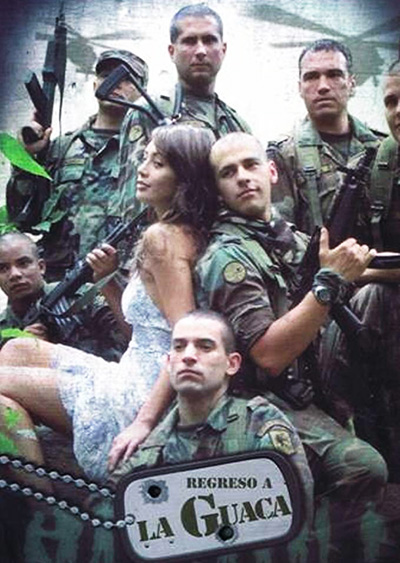 Inspired in Real Facts Which Occurred in Colombia Between 2004 and 2006. In the same surreal and expectant tone, it tells what happened to the film (A ton of luck) main Characters: the soldier Porras, Vanegas, Perlaza, Lloreda, Lieutenant Solórzano and Others, who after being arrested for the appropriation of an astronomical sum of money that was hidden in a cove owned by the FARC guerrilla. This series tells the not less amazing and amusing events that occurred after having been removed from the Army, and the intriguing story of how some time later, to compensate their guilt and to recover their place in the institution, they return to the jungle in seek of another great fortune that continued buried in a secret place, without knowing what would happen to them and their loved ones.