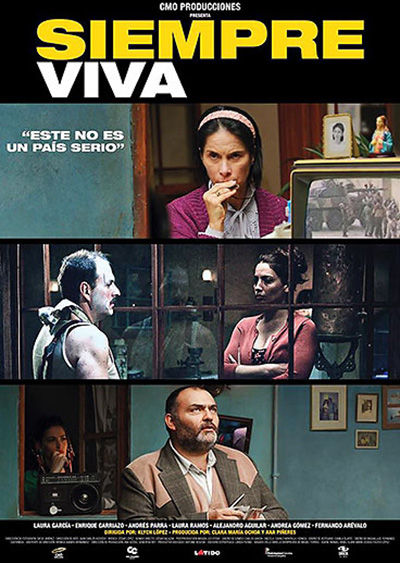 The economy is not doing well and, in a few months, Lucia will lose the mortgaged house where she lives with her two children, Mr. Carlos the owner of the Second-hand store, Sergio, Clown by day, waiter by night, and his wife Victoria. Julieta, the youngest child, is the family’s salvation. She just graduated from law school when, on the morning of November 6, 1985, she leaves for her job at the Palace of Justice and never returns. There are witnesses that claim to have seen her alive after the Palace burned down after the Guerilla attack, the habitant’s lives of the house won’t be the same. Based on true events in Colombia, 1985.