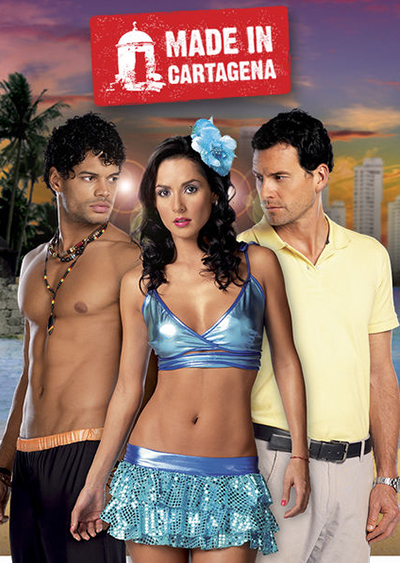 Using as a façade the furor and party clutter that the first version of the world´s dance festival originated, the powerful band of Harvey Noriega, dedicated to large and spectacular robberies, has the mission of robbing the Santa Helena, an old treasure rescued from the bottom of the ocean and hidden in the guarded Colombo-Spanish Bank´s vault, under the leadership of his President, Vicente Domínguez de Alba. However, what seemed like the perfect plan ends up being an overwhelming failure. Harvey now wants to avenge his son´s death, tricking his god-daughter Flora as bait to infiltrate Vicente´s life, whom he sees as the direct responsible for his misfortunes. This time around, Noriega thinks he has everything under control, but sometimes deception and love can get out of hand. Made in Cartagena is a series full of action and drama. Framed in the unknown and daring world of dancing, with a high dose of music, sensuality and spectacular landscapes that will help you discover all the flavor and reality of a Cartagena you´ve never seen before.